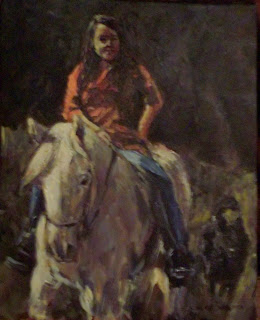 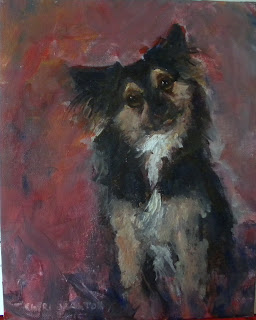 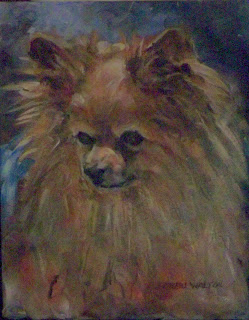 Posted by Cheri Walton at 4:52 PM No comments:

Even though I took a picture similar to this soon after Willy arrived, that one was probably the last time he and Patrick slept together until now.  Ordinarily the two have nothing to do with each other.  Willy waits for Patrick's permission before he comes near me, and many time it is long in coming.  Lately, though, it is cold enough in the house for Patrick to want his dog bed.  I keep it near me if I'm planted somewhere, since he likes to be next to me whatever I am doing.  As I turned around to get up from the computer, I was so surprised to see them together that I recorded the moment.  It's evident that Willy isn't completely sure if Patrick's mood will change.  He looks like he knows he could be ousted at any moment.

It was amazing to see the front page of the newspaper this morning covered with pictures of successful democrats after yesterday's election.  There have been times when I thought my support was the kiss of death for any candidate, but this time the results looked like a copy of my completed ballot.  I was worried about what the outcome of the election might be because it has been a close race.  Even so, the results were pretty decisive.  Apparently most people weren't as stupid as I feared.  I was brought up to believe that any Republican politician  was bad, and so far I've never had cause to change that opinion.  Voting for "the man" rather than the party has always struck me as silly.  How can we possibly know the "man"?( Or maybe sometime the woman) Campaigning is full of rhetoric designed to appeal to voters.  All we can do is know the basic party platform and hope the candidate is forced by his fellow liberals or conservatives to adhere somewhat to those principles.  On the other hand, what do I know?