It's been so long since I posted anything I know nothing about the changes to Blogger, but I will soldier on as long as I know how to click the "post" icon.  I haven't known how to post comments, either, so even though I have been reading the posts I follow I haven't commented on them.  My biggest joy was to find out that my blog friend in Michigan did not re-home her dog, as she was considering when she left the west.  I fairly leapt for joy when I read that the dog moved with her and her husband after all.  Not only that, but the dog is adjusting to his new environment reasonably well.  I'm sure he is much happier being with those he loves than he would have had he had to adjust to a new family.

As, for me, nothing has really changed other than the weather.  Maine is like two different countries, changing drastically from hot to cold and back again.  Because Eastport is an island, the water moderates the temperature.....that gigantic puddle called the Atlantic ocean.  It's like living on two different planets. It's not as hot as it is inland in the summer, and not as cold in the winter.  I once had a huge Chrysler (SP??) that had a thermometer above the dashboard.  As I turned off route one to take the causeway to Eastport I could watch the temperature drop by 8 0r 10 degrees as I passed through the Passamaquoddy reservation and on to Eastport.  For me, who really hates heat, it was a very welcome sight.  The water temperature is much too cold to swim, though every January there is a "Polar Dip" on the reservation.  Many people from town participate as well (basically people under thirty), stripping to bathing suits in temperatures hovering well below freezing (sometimes as cold as 0 or less).  There are ambulances standing by and medics to tend to the people who underestimate their tolerance for cold.  At the signal the crowd races into the water, splashes around for a minute or two, and then races back to the rocky shore.  The spectators applaud and yell encouragement. The faint of heart who stand on the shore wrap the swimmers in blankets (if they can still stand).  Ambulance drivers sometimes have to assist.  Once in awhile someone has to be taken into the ambulance., rarely to the hospital.  Meanwhile we spectators applaud and cheer.  It is a yearly ritual that is a rare friendly event that includes both the reservation people and the people who live in the town.

When I first moved to Eastport I was shocked by the prejudice against the Passamaquoddy tribe.  The longer I live here, the more amazed I am by it.  It is humanity at its worst, the details of which I wont bother to describe.  As people "from away" move here in greater numbers, I like to think that there will be a shift, but I see little evidence of it at this point.  Before I saw it for myself I would never have believed how much bad feeling there is between the native Americans and the whites.  We are accustomed to the terrible state of our relationship with the Black population, but our attitude toward native Americans is, if anything, even worse.

Well, I don't want to belabor that point.  I am not a crusader.  I only look on in horror.

I am still waiting for my surgery, so I hobble around with my walker.  It's been two years (sigh). 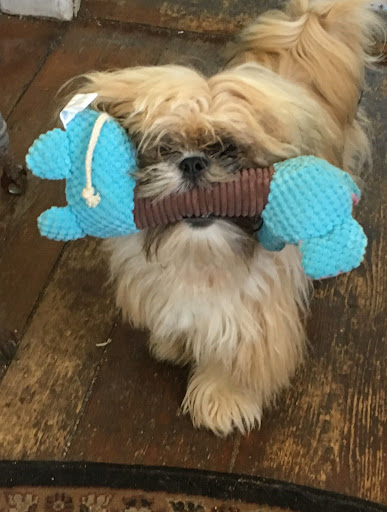